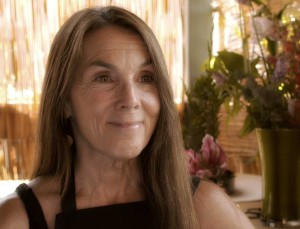 I began painting Buddhas and Bodhisattvas after a four-year meditation retreat in 1996-2000. I had devoted five hours a day doing mantra practice, yoga and silent meditation. It was out of my meditation that my wish to paint the Bodhisattvas began. My first projects where very traditional. I painted on plaster with acrylic paints and with a crackle and antique finish. But after two years of painting, I became increasingly disappointed with my art because it lack spontaneity and freedom. I started a new project of painting the 33 aspects of Guanyin that was described in a Chinese Buddhist text from the 6th century. For this I created a hand-made book much like the folding books that are found in China or Japan. I painted the different aspects of Guanyin on rice paper with sumi ink and water-color and mounted the paintings on the pages of the book. This project took me a few years to complete. It was only until the end of the project that the Bodhisattvas that I dreamed of painting began to self-arise. In 2008-9, I was living in the South of France in a small town on the French and Italian border with a bird’s eye view of the sea. I was in a place in my life that everything was breaking down. My dear friend reminded me, “There is no break-through without breakage.” On a warm summer day I was painting outside on the porch with water colors. I began to just allowed my brush to freely fly across the paper. And there she was, my first painting of Yi-yao Gwanyin “Medicine Guanyin.” I was so shocked and happy. I could not believe I had painted her. It was exactly what I was looking for in all the years of my painting. She was a mix of both form and formlessness. Her lines were free-flowing and her colors were as blue as the Mediterranean Sea.

Shortly after this event. I meet a Master of Zen painting, Alok Hsu Kwang-han. I saw his photo on Facebook and requested him to be my friend. A few days after making me his friend he sent me a small image of a painting called “Surprise by the Beloved”. I remember feeling honored receiving the image in a message on Facebook, but what happen the next few weeks was truly a surprise. The painting Alok sent to me is beautiful to set eyes on but that was not all that happened. The mastery of the painting really touch me on deeper levels. The image came alive in me, and acted like electric shock to my creativity. I started exploding with creativity. Creativity for me has always been my life blood to the Divine. I returned to live in the states.

I began to help Alok with his painting workshops on “The Creativity of Non-Doing” It has been through Alok’s guiding hand that opened my creativity to a new levels. Alok’s workshops taught me to paint from the meditation space of “no mind”, the creativity that rises from the formless. This new perspective gave my art a different quality. I began from the inner silence rather than what my mind wanted to paint. It is from this no mind space the “Forgotten Female Bodisattvas” began to self-arise. I paint without having any fix idea of what I am doing. I just paint. It is after the major brush strokes are made the form emerges. I stand back and let the form arise from the brush strokes I have made on the paper. I am always surprise when one of these Bodhisattvas appear. I sit with the painting for a few days and I become inspired with a simple teaching that goes with the image. Then the Bodhisattva teaching is set to dance movement to convey her dharma lesson. This creative process unfolds through me like a lotus flower rising from the void. I find by dancing the Bodhisattva’s dharma teaching my body begins to remember and integrate the teaching into my life. This process gives me so much joy!

To BUY the DVD or STREAM ONLINE
CLICK HERE

Enjoy a class with the Zen Dude.
www.ZenCalligraphy.com 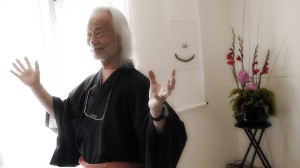 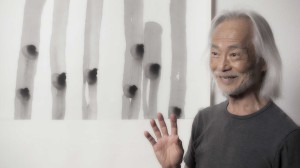